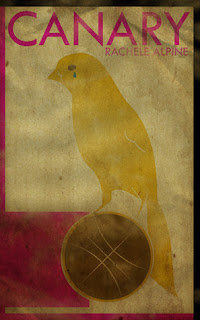 Kate Franklin’s life changes for the better when her dad lands a job at Beacon Prep, an elite private school with one of the best basketball teams in the state. She begins to date a player on the team and quickly gets caught up in a world of idolatry and entitlement, learning that there are perks to being an athlete.

But those perks also come with a price. Another player takes his power too far and Kate is assaulted at a party. Although she knows she should speak out, her dad’s vehemently against it and so, like a canary sent into a mine to test toxicity levels and protect miners, Kate alone breathes the poisonous secrets to protect her dad and the team. The world that Kate was once welcomed into is now her worst enemy, and she must decide whether to stay silent or expose the corruption, destroying her father’s career and bringing down a town’s heroes.

Notable Quote
TODAY'S TRUTH:
The desire to belong is stronger than the need to break free.

I'm not usually a verse novel kind of girl, but I have to say - Canary's verse blog entries were fantastic! Definitely my favourite parts of the book. There were some passages that I wasn't a fan of, but I really enjoyed the various ways each post was written and how many different styles the author employed. For an English lit geek like me, I was definitely loving it. And I have to say, she did them so well! They really enhanced the story, and I love how the blog posts tied into the story itself.

Canary was an interesting read for me, in both good and bad ways. The plot itself is fairly typical, and one of my biggest disappointments was how predictable this was. I had the entire thing plotted before I even picked it up, and while I had wished it would surprise me, it just never did. There is one where some people may not expect it, but it was never surprising; and I really missed having that "oh!" revelation with books. I felt like there could be so many opportunities for it in Canary, and it just never came through.

I have to say though, Rachele is fabulous at painting a villain. There are so many "bad" characters in this novel, and each one differs from the other in intricate ways. I feel weird saying I enjoyed the villains - but it's true! They're one of the better parts of the book, because they really make the reader feel something towards them.

I have to mention one thing, because it's me. The military is big in my life (obviously.), and I took some large offense to how ardently Kate and her father were against her brother's enlisting. I was seriously considering putting the book down when it kept coming back up and when they kept rehashing the reasons he shouldn't go. In my world, the military is an honor. It's something you aspire to be a part of; or even if it's not, you stand proud. So when Kate and her father kept saying it was a place for burnouts and losers who had no other future? I wanted to absolutely shred the pages.

But here's the thing, and it took me a few hours to come to terms with it. I have to face the fact that that stance is one that people do have. Even though it is so far from the truth in my world, I finally understand now that how Canary looks at it is also how others do, too. And once I could wrap my head around that idea, I accepted it into the plot and actually started to appreciate how it affects everything. I don't like it, of course - but the part it played was a good one and really brought out some great results. And even when I didn't like it, I did appreciate how they approached it and how each character handled the reactions to the brother's enlistment.

Canary was a struggle for me, at times being brilliant and captivating; and more often disappointing or frustrating. But it's an important novel about speaking up for yourself and learning to be someone - not just a part of others. While I can't endorse it to read for pleasure, I can say you should read it to enhance your heart.