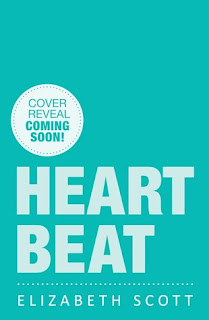 Emma would give anything to talk to her mother one last time. Tell her about her slipping grades, her anger with her stepfather, and the boy with the bad reputation who might be the only one Emma can be herself with.

But Emma can't tell her mother anything. Because her mother is brain-dead and being kept alive by machines for the baby growing inside her.

Meeting bad-boy Caleb Harrison wouldn't have interested Old Emma. But New Emma-the one who exists in a fog of grief, who no longer cares about school, whose only social outlet is her best friend Olivia-New Emma is startled by the connection she and Caleb forge.

Notable Quote
And still he pulled the pieces of who he is together. He is who he is because of who he is and nothing more and that makes him so special.

I’m not sure a book has ever broken my heart this badly before. And not in the sense of romance/boys are terrible breaking my heart – I mean in every sense, in every way. I wanted to cry so badly for Emma and I wanted to hug Caleb until he fused back together and I seriously just want to wrap this book in an eternal lovefest.


Here’s the brilliance of this book: everything here makes total sense. Which will really only sell it if you start reading, but what I mean is that this book is filled with fighting people who have different opinions on important, life threatening and heart changing decisions – and somehow, magically, every single person is right and simultaneously wrong. Even though you feel like one of them is overreacting, or being unfair to the other – you can’t argue it. It’s all just so true, and that’s what makes this situation so unbearable and hurtful and such a paradox.

The best part to Heartbeat was definitely the characters. There’s such a great strength to each one. Not just stubbornness or a spine to each (though that is also true), but a real roundness to their personality and who they are. There’s a great core to each person, and it really made me feel like each character was real and alive.

Of course, let’s talk the boy: Oh my God I want to love Caleb so hard for the rest of his life. I want to take him under my arm. I want to mend his heart and make him finally believe that he is not a bad person, that he is someone who deserves love. I’m not sure I’ve ever met a character that just made my heart continually shatter to pieces smaller and smaller each time, and is still somehow so loveable and likeable. He is the perfect example of a character who has done bad shit and seen bad shit, but is still not actually bad.

The other shining character for me was Olivia, Emma’s best friend. She was such a great personification of a best friend. And her entire situation is so amazing, because she is undeniably the best friend a person could ever ask for; and yet, sometimes a best friend just isn’t enough, you know? It’s a truth that’s hard to accept, no matter if you’re that best friend or the lucky one who has the best friend – and I love that it’s in a book.

There’s a saying in the American lexicon that says you can be “stuck between a rock and a hard place,” and I think Heartbeat is the perfect example of this. Nothing in this book is easy for any of the characters, and you can appreciate that as a reader and as a human being. The only easy part for me was loving the characters and writing and this entire book.
5 Stars

And thanks to the generosity of Cindy (The Princess Bookie), I've got an ARC to giveaway! US/Canada only, ends August 14!
Enter through the rafflecopter below, and all my usual giveaway policy rules apply.
Good luck!


a Rafflecopter giveaway
Posted by Ashley @ Ashley Loves Books at 12:00 AM