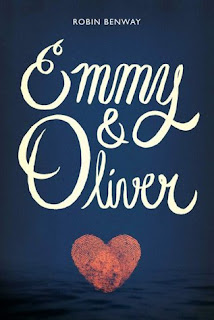 Emmy’s best friend, Oliver, reappears after being kidnapped by his father ten years ago. Emmy hopes to pick up their relationship right where it left off. Are they destined to be together? Or has fate irreparably driven them apart?

Emmy just wants to be in charge of her own life.

She wants to stay out late, surf her favorite beach—go anywhere without her parents’ relentless worrying. But Emmy’s parents can’t seem to let her grow up—not since the day Oliver disappeared.

Oliver needs a moment to figure out his heart.

He’d thought, all these years, that his dad was the good guy. He never knew that it was his father who kidnapped him and kept him on the run. Discovering it, and finding himself returned to his old hometown, all at once, has his heart racing and his thoughts swirling.

Emmy and Oliver were going to be best friends forever, or maybe even more, before their futures were ripped apart. In Emmy’s soul, despite the space and time between them, their connection has never been severed. But is their story still written in the stars? Or are their hearts like the pieces of two different puzzles—impossible to fit together?

Readers who love Sarah Dessen will tear through these pages with hearts in throats as Emmy and Oliver struggle to face the messy, confusing consequences of Oliver’s father’s crime. Full of romance, coming-of-age emotion, and heartache, these two equally compelling characters create an unforgettable story.
--------------------------Goodreads Summary

Notable Quote
"Sometimes love isn't something you say, it's something you do," he finally said. "Or, I don't know, at least that's what it seems like."

I’ve had the pleasure of meeting Robin Benway on a multitude of occasions and getting to hear her speak at events. She’s warm and friendly, hilariously endearing and so real and cheerful to be around. I look forward to any event I can make with her.

And I have to say, Emmy & Oliver possesses all the same charm that Robin herself does. Sure, it’s a bit depressing—and actually, pretty scary to think about, at its premise—but there’s such heart and humor in this that I couldn’t help but fall in love with the story.

I can’t imagine what it would be like to be Emmy. Or Oliver. Oliver broke my heart over and over again, simply because what he’s gone through is unfathomable. It is terrible and horrible and no child should ever go through that—except once you read more about it, and understand the motives, why it happened…it shatters you all over again to realise you can kind of understand the father’s way of thought. I’m in no way endorsing kidnapping your child of course (seriously.), but…I mean. Love makes you do crazy things, you know?

Oliver is so fantastic, by the way. His personality, who he has developed into in his circumstance…he’s just crafted so well. He’s not perfect, but he’s beautifully broken and wonderfully written. His friendship with Emmy is adorable at the beginning and tenuous in the middle, but it is always something precious and on the verge. I can’t think of a friendship-that’s-almost-more that I’ve loved as much in any of my recent reads.

Emmy is wonderful as well, in her own little hopeful way. She’s sweet how she’s hung onto Ollie and helps him regain who he was; but at the same time, lets him become whoever he was in the 10 years it had been. The way she and Oliver left each was just cruel (in the best way possible, of course), and it made me yearn for her and them that much more. I loved her humor and fierce friendship with all of the characters, and I’d be pretty happy to have someone like her in my life.

Honestly, I don’t have much to complain with in Emmy & Oliver! I loved the two best friends and would love to have more of them (spin offs, maybe? Maybe!), and I liked the family elements in this. Sometimes I thought it was a bit extreme how the parents each acted, but within the circumstances they are given…it actually makes sense. I can’t say I’d act differently, really.

Emmy & Oliver represents heartfelt characters and what it means to be able to love someone no matter what has happened. It’s an exhibit of the heart and the capacity it can allow others to have within it, and I find it a privilege to have these characters and this writing in my life.