Review: The Beginning of Everything by Robyn Schneider (ARC) 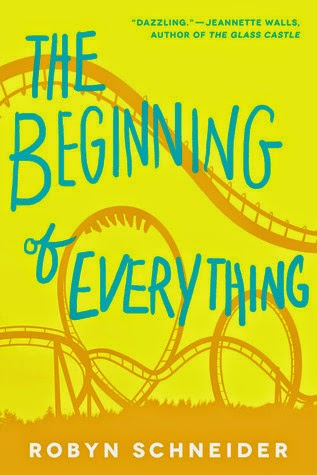 Golden boy Ezra Faulkner believes everyone has a tragedy waiting for them—a single encounter after which everything that really matters will happen. His particular tragedy waited until he was primed to lose it all: in one spectacular night, a reckless driver shatters Ezra’s knee, his athletic career, and his social life.

No longer a front-runner for Homecoming King, Ezra finds himself at the table of misfits, where he encounters new girl Cassidy Thorpe. Cassidy is unlike anyone Ezra’s ever met, achingly effortless, fiercely intelligent, and determined to bring Ezra along on her endless adventures.

But as Ezra dives into his new studies, new friendships, and new love, he learns that some people, like books, are easy to misread. And now he must consider: if one’s singular tragedy has already hit and everything after it has mattered quite a bit, what happens when more misfortune strikes?

Robyn Schneider’s The Beginning of Everything is a lyrical, witty, and heart-wrenching novel about how difficult it is to play the part that people expect, and how new beginnings can stem from abrupt and tragic endings.
-------------------------Goodreads Summary

I feel like this book is my kindred spirit. I feel like it’s the missing piece of me I’ve always been yearning for, that extension of myself that I hadn’t realized was lost until I found it. Severed Heads, Broken Hearts feels suspiciously like home.

Probably the best word I can think to describe this book is “unexpected.” Not surprising , and nothing was horribly improbable, but there were some very unexpected twists and revelations. They were all done perfectly and with the best treatment, but still: unexpected.

When I say this book is my kindred spirit, it’s because I feel like every single character has elements of me in him or her. Toby, Cassidy, Ezra, absolutely everyone was a little bit of the confidence I have and a lot of the questions and indecision and existential crises I go through daily. I remember all these feelings so well in high school, and even now. There’s so much complexity and depth to each one, and seeing how they all intertwine and affect the other just makes it all the better. The characters are so complementary to each other, I absolutely adore it. 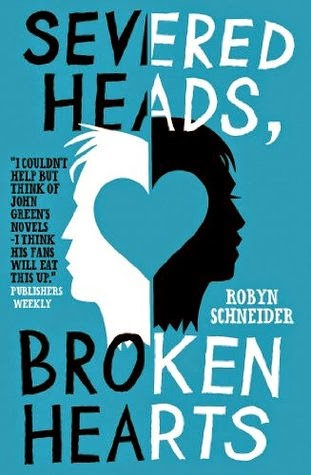 More passages were marked in this book than I have in any other this year. It feels like there’s so much wisdom and guidance in these pages, I feel like there’s so much to learn between the lines. About love. About friendship. About family, and relationships and happiness and accepting a direction you feel forced to go in. Probably the best part about this story as a whole is that it’s about the changes that happen in someone’s life, whether we make them by choice or consciously or without reason. That it’s a story that focuses on living through the changes and tragedies, rather than fighting or resenting.

I also love how cool-nerdy this book is. All the references, the “smart” situations and words, how it’s about the debate team – and yet, all the characters are completely normal as well. They have friends, there’s drama, there’s schoolwork and projects and some family problems and secrets. Sure, it feels a little exaggerated sometimes between the “cliques” and the divide in high school, but it has to be so in a book (and maybe it’s not, I just didn’t experience a high school like this!).

Perhaps my only disappointment? The title change! I guess I get why the title is now The Beginning of Everything, but I absolutely ADORED Severed Heads, Broken Hearts. And it’s just so much more fitting!

Also, this will only be understood by anyone who has already read it: COOPER <3

Email ThisBlogThis!Share to TwitterShare to FacebookShare to Pinterest
Labels: 5 stars, A BILLION STARS IF I COULD, ARC, contemporary, HarperTeen, Katherine Tegen Books, love, review, YA