[Blog Tour] The Art in Liv, Forever by Amy Talkington 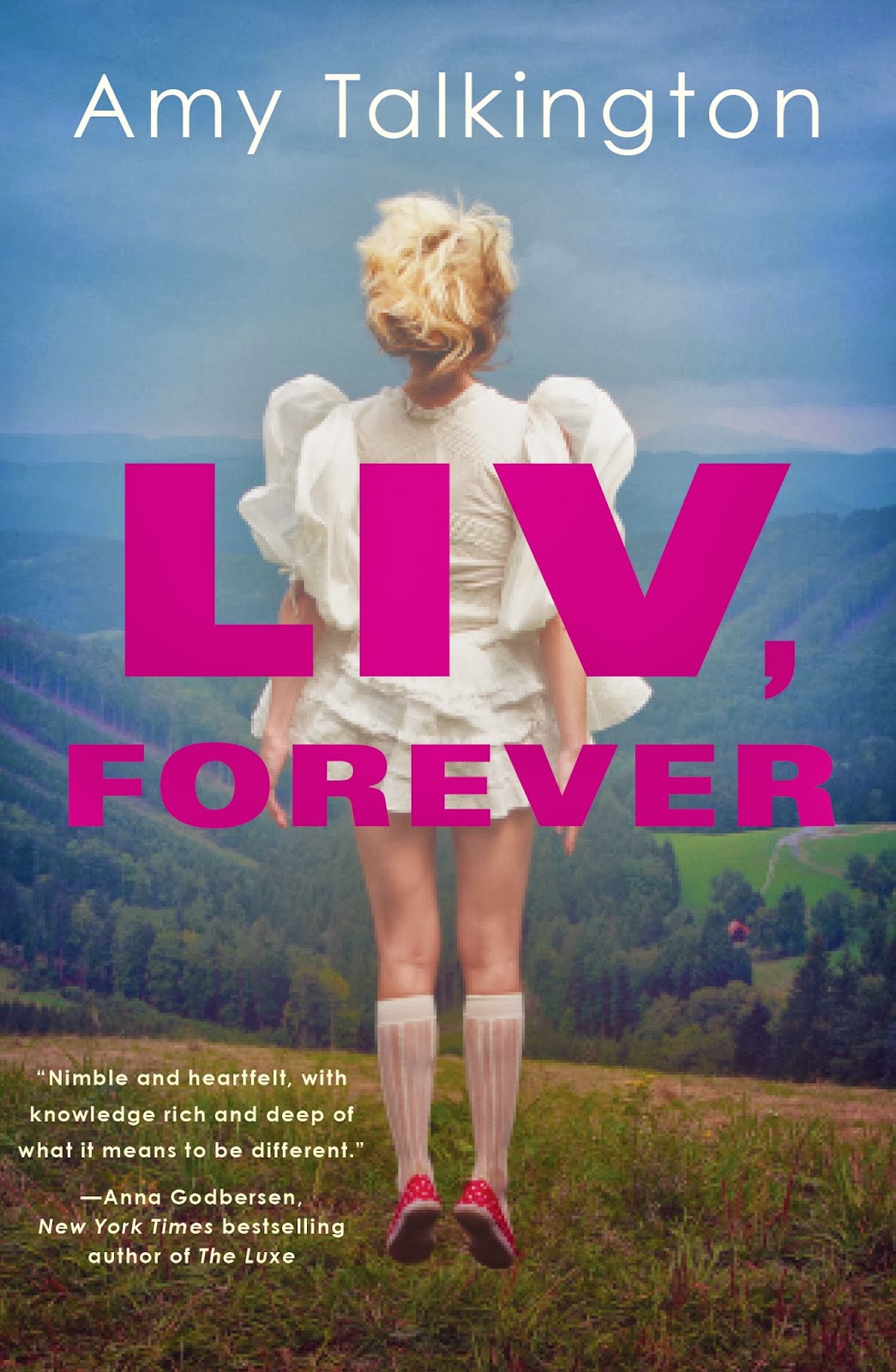 When Liv Bloom lands an art scholarship at Wickham Hall, it’s her ticket out of the foster system. Liv isn’t sure what to make of the school’s weird traditions and rituals, but she couldn’t be happier. For the first time ever, she has her own studio, her own supply of paints. Everything she could want.

Then she meets Malcolm Astor, a legacy student, a fellow artist, and the one person who’s ever been able to melt her defenses. Liv’s only friend at Wickham, fellow scholarship kid Gabe Nichols, warns her not to get involved, but life is finally going Liv’s way, and all she wants to do is enjoy the ride.

But Liv’s bliss is doomed. Weeks after arriving, she is viciously murdered and, in death, she discovers that she’s the latest victim of a dark conspiracy that has claimed many lives. Cursed with the ability to see the many ghosts on Wickham’s campus, Gabe is now Liv’s only link to the world of the living. To Malcolm.

Together, Liv, Gabe, and Malcolm fight to expose the terrible truth that haunts the halls of Wickham. But Liv must fight alone to come to grips with the ultimate star-crossed love.
--------------------------Goodreads Summary

Art In Liv, Forever
by Amy Talkington
My title character, Liv, is an artist. She’s obsessed with art—making it and knowing everything about it. Basically, she sees the world through art. So I thought I’d write here about the ways I tried to layer this obsession into her character and her voice.

First, and most obviously, Liv references artists and artworks. Why? Well, it’s what’s on her mind. It’s just how she thinks. These are her cultural reference points. Like, it’s not about Justin and Selena, it’s about Pablo (Picasso) and Dora (Maar). But my favorite art references are when Liv uses artworks to help explain her emotions.

Like when Malcolm does something really awesome she says:


“Impressive,” I said, downplaying the fact I was dying inside. Brain exploding like a Pollock. Heart melting like one of Dalí’s clocks.

Or when Liv hears something potentially scary about Malcolm, she says:


Something washed over me right then, a feeling of sickness and powerlessness. I was Christina in Andrew Wyeth’s Christina’s World: stranded in a field, helpless and alone. Faceless. And Malcolm was the house: safe, secure, poised on top of the hill. I knew it had all been too good to be true, that there was something wrong with him, there had to be.

Or after Liv and Malcolm first connect, dancing.


Like Klimt’s famous lovers in The Kiss, we formed a single unit, as if we were wrapped in that same glistening, golden robe, protected. We were an island in a swirl of waltzing couples, a steadfast island amid a swarm of conformity.

Another thing Liv does is references art materials and artistic styles. Among other things, it was a handy way to describe the way the other ghosts looked to her. Like:


When I turned, I suddenly came face to face with a pale girl. She was faint, as if painted in watercolor.


My body was cold and dull. Plump with death. My eyes were clouded, but I looked almost serene. My dark hair spread around my head, kind of like that famous painting of Ophelia floating in the river. Funny, I’d made so many self-portraits and yet I’d never really looked at myself and realized I was actually kind of pretty.

It’s bittersweet, I think. Liv was looking at herself all those years—drawing herself, painting herself—but she wasn’t really seeing herself (or loving herself) until it’s too late.

I’ve posted most of the art references on my website www.amytalkington.com (on the Liv page). If you want to know all the latest on Liv, Forever follow me on Twitter @amytalkington and Tumblr http://amytalkington.tumblr.com/ 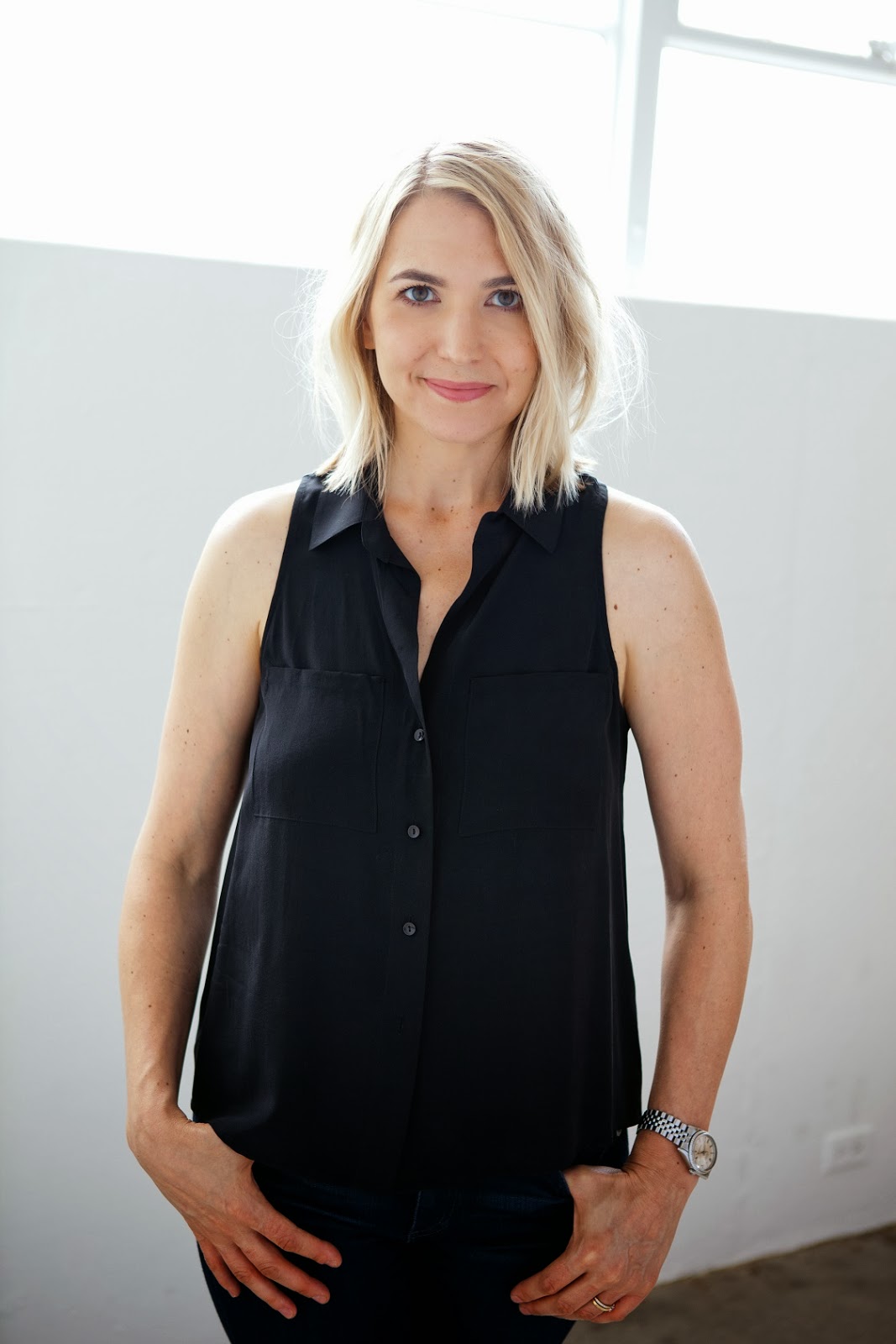 Meet The Author
Amy Talkington is an award-winning screenwriter and director living in Los Angeles. Before all that she wrote about music for magazines like Spin, Ray Gun, Interview, and Seventeen (mostly just as a way to get to hang out with rock stars). As a teenager in Dallas, Texas, Amy painted lots of angsty self-portraits, listened to The Velvet Underground and was difficult enough that her parents finally let her go to boarding school on the East Coast. Liv, Forever is her first novel.

Thanks so much Amy for joining my blog, I love seeing inspirations and depth to characters! I can't wait to read Liv, Forever.