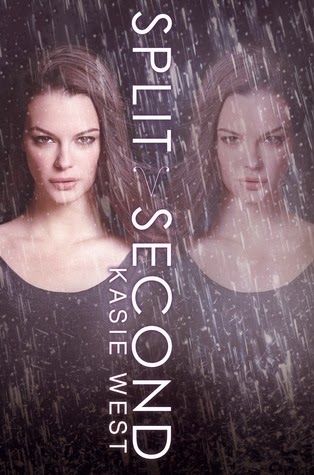 Life can change in a split second.

Addie hardly recognizes her life since her parents divorced. Her boyfriend used her. Her best friend betrayed her. She can’t believe this is the future she chose. On top of that, her ability is acting up. She’s always been able to Search the future when presented with a choice. Now she can manipulate and slow down time, too . . . but not without a price.

When Addie’s dad invites her to spend her winter break with him, she jumps at the chance to escape into the Norm world of Dallas, Texas. There she meets the handsome and achingly familiar Trevor. He’s a virtual stranger to her, so why does her heart do a funny flip every time she sees him? But after witnessing secrets that were supposed to stay hidden, Trevor quickly seems more suspicious of Addie than interested in her. And she has an inexplicable desire to change that.

Meanwhile, her best friend, Laila, has a secret of her own: she can restore Addie’s memories . . . once she learns how. But there are powerful people who don’t want to see this happen. Desperate, Laila tries to manipulate Connor, a brooding bad boy from school—but he seems to be the only boy in the Compound immune to her charms. And the only one who can help her.

As Addie and Laila frantically attempt to retrieve the lost memories, Addie must piece together a world she thought she knew before she loses the love she nearly forgot . . . and a future that could change everything.
----------------------------Goodreads summary


If you've read my review of Pivot Point, you'll pretty obviously know why I'm waiting for this one. In summary, I LOVED PIVOT POINT. And Trevor. Mostly Trevor. But also Pivot Point, and to finally know what happens after…and what it means…and that things still develop farther?! And that TREVOR IS STILL HERE?! I need this. Need need need.

What are you waiting for this Wednesday?
Leave your link and I'll hop by!
Posted by Ashley @ Ashley Loves Books at 12:00 AM