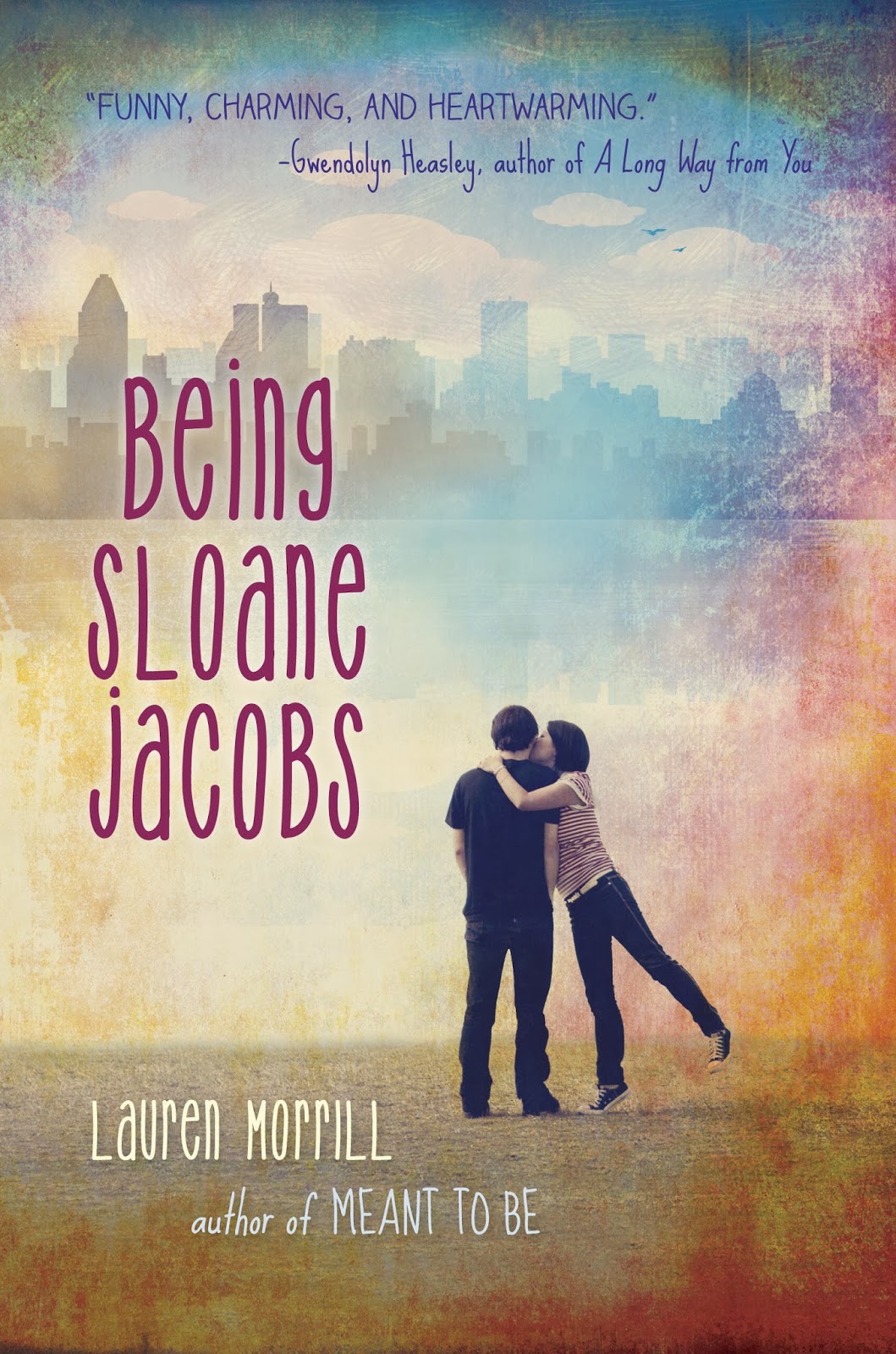 Being Sloane Jacobs by Lauren Morrill

Meet Sloane Emily Jacobs: a seriously stressed-out figure-skater from Washington, D.C., who choked during junior nationals and isn’t sure she’s ready for a comeback. What she does know is that she’d give anything to escape the mass of misery that is her life.

Now meet Sloane Devon Jacobs, a spunky ice hockey player from Philly who’s been suspended from her team for too many aggressive hip checks. Her punishment? Hockey camp, now, when she’s playing the worst she’s ever played. If she messes up? Her life will be over.

When the two Sloanes meet by chance in Montreal and decide to trade places for the summer, each girl thinks she’s the lucky one: no strangers to judge or laugh at Sloane Emily, no scouts expecting Sloane Devon to be a hero. But it didn’t occur to Sloane E. that while avoiding sequins and axels she might meet a hockey hottie—and Sloane D. never expected to run into a familiar (and very good-looking) face from home. It’s not long before the Sloanes discover that convincing people you’re someone else might be more difficult than being yourself.
-----------------------Goodreads summary

Notable Quote
"Wannawatchamovietonight?" I say it so fast it all comes out as one long, newly invented word (country of origin: Swoonistan; meaning: "to swoon so hard as to b rendered incapable of enunciation").

So I have to admit, I had really high hopes for Being Sloane Jacobs. Meant To Be was one of my favourite books of 2012 (and 2013, let’s be real--read my review here!) and I seriously still refer to it probably on a weekly basis. So I went into BSJ a bit…reserved. And while it didn’t blow me away like MTB did, Sloane Jacobs can hold her own in my love of contemporary YA fiction.

First, let it be known that I am obsessed with figure skating. I had a poster of Nancy Kerrigan on my wall when I was 8. I watch it religiously—and not just during Winter Olympics seasons. I may even know all the different types of jumps (I still get a couple confused, but generally). And I had a minor obsession with the Mighty Ducks movies when I was younger*, so I do happen to know a bit about hockey.

Which set up Being Sloane Jacobs quite nicely. Not that you have to love or know the sports in the slightest to—it’s just that I immediately went in with a connection, and it was wonderful to visit these worlds again. I thought Lauren did a great job explaining certain aspects of each sport, conveying how certain things are difficult or intermediate level. There’s such an open, accepting quality to the writing, and it worked so well.

Enough of the technical mumbo-jumbo – this book was so darn cute! You completely understand why both Sloane’s want to escape their lives, you even commiserate with both of them. My life is nowhere near either of theirs, but I felt for them. The underlying core of their lives is the pressure to be someone, to live up to expectations set to them—earned or given or otherwise. And I think that’s something every person can relate to, no matter what. Lauren really has a nack for creating relateable characters and situations, and I love it.

I also happen to love all the boys in this novel…really all the characters. Each one has a bit of fun and serious, a bit of jokester and a bit of hard-worker. There’s dimension to the ones that need it, and it’s believable to me. Every interaction was so enjoyable - even the pranking parts ;). Plus, the setting was so much fun! I've always wanted to go to Montreal (Canada, really), and there's really a sense of the city woven throughout this book. I was surprised how much I felt like I was really there, since the settings always seemed to be skimmed over--but Lauren's got this way of description that sticks with you even if it's background.

Something I’m always delighted to see in novels is the element of family, and BSJ really incorporated that—to every extent, in all facets. There are some baddies in families, some good ones, some friends, some that you’d expect to be as they are, and others who surprise you. And all of it is so, so good.

Being Sloane Jacobs is one of those perfect contemporary novels, filled with lessons and hardships about friendship, family and love—and while it didn’t make me squeal or fall so hard in love like Meant To Be did, it definitely made me appreciate Lauren Morrill even more. She’s got a permanent spot on my To-Read shelf.

*ok fine, I’m still obsessed with Mighty Ducks. Do I own the box set of MD1-3? YOU KNOW IT.