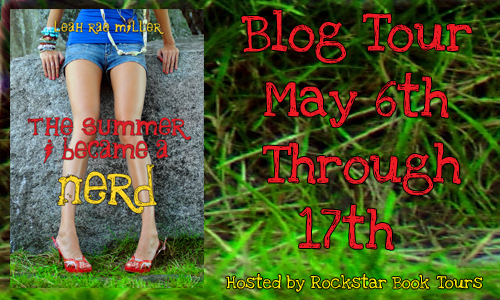 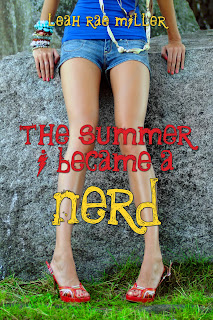 On the outside, seventeen-year-old Madelyne Summers looks like your typical blond cheerleader—perky, popular, and dating the star quarterback. But inside, Maddie spends more time agonizing over what will happen in the next issue of her favorite comic book than planning pep rallies with her squad. That she’s a nerd hiding in a popular girl's body isn’t just unknown, it's anti-known. And she needs to keep it that way.

Summer is the only time Maddie lets her real self out to play, but when she slips up and the adorkable guy behind the local comic shop’s counter uncovers her secret, she’s busted. Before she can shake a pom-pom, Maddie’s whisked into Logan’s world of comic conventions, live-action role-playing, and first-person-shooter video games. And she loves it. But the more she denies who she really is, the deeper her lies become…and the more she risks losing Logan forever.
-------------------Summary provided

I've said over and over and over again how contemporary is my home. It is the only genre I will repeatedly come back to like a dearly missed friend, the genre that I will always find a friend and a love in. And The Summer I Became A Nerd is a perfect example of a contemporary I love and enjoy.

I'm definitely not quite on the geekdom level that Maddie is (despite my 5-year-and-still-going streak of attending Comic-Con), but I can relate to her pretty well. I used to be made fun of a lot because I was a "nerd" - I read all the time, worn glasses since I was 9 years old, cared obsessively about my grades and generally had my nose stuck in books or writing at all moments of every day. But really, I think anyone who has ever felt like they've had to hide a huge part of themselves for fear of being ridiculed will relate to this book and recognize a lot of the feelings.

I have to say, one of my only complaints about this book is that sometimes it felt a little over-dramatic or cliche. The popular girl afraid of tumbling, the amount of teasing she feared, the resolution and how it was a 3-page "revelation" of lessons -- but in the grand scheme? I will totally let it all slide since the rest of this book was SO awesome.

One of the best choices the author made was having Logan, the love interest, come in early and remain in the novel as one. So many times it's like they're introduced, but they don't play a real part in the story and you just have to believe he's right -- but we're really allowed to see Logan and just how perfect he is. I have such a huge nerdy crush on him, you guys! I wanted so badly to be in the back of the comic store with him, or sit in on his Awesome Logan show. He's sweet and not without his faults and so considerate, and I wanted to holler at Maddie every time she even began to think she shouldn't be with him.

And it's a smaller part -- one that I can't quite talk about in case of spoilers -- but I'm kind of glad Leah Rae Miller gave Eric a personality. He wasn't just some stupid jock with an anger issue. Sure, he's maybe not the brightest crayon in the box, but there was dimension to him and I found myself feeling for him. In fact, all of the secondary characters were so enjoyable and fun! They had their own quirks and personalities and each one is so distinct in my memory. I love all of them, no matter how weird or bad-mouthy or ridiculous they are.

Looking back on the novel, one of my favourite things was that each of the characters came from stable, loving families that were still present throughout the entire story. Not to say a novel always needs those, but I'm a little sick of seeing the same absentee parent, or that Disney thing (98% of Disney movies have the main characters missing one parent*). So it was nice to find characters who had supportive families, who had typical relationships and difficulties with the parents, whose parents cared enough to ground them but still hug the kid when they made it safely home. That is how I grew up, and I was very happy to see it in this book.

As for the plot...well, I can't quite detail of all of it because it'd give away some of the fun of the book, but I really enjoyed all of this! I loved all the fun elements, all the unique sets and sitations that come up. There was a lot going on without being too much, just enough to always keep me interested and wanting to read and find out what was happening. The progression is really good, and I like that Maddie is kind of a simple character - right away you get a feel for the type of person she is, and regardless whether or not I agreed with it, I immediately took a liking to her and wanted her to figure out how to really be happy with who she is. Some books focus on one bigger event and more of a personal growth; but I felt like The Summer I Became A Nerd did really well balancing a lot of events with a fun plotline with just a little - but still important - growth in the characters.

The Summer I Became A Nerd is the perfect contemporary novel: a light, sweet read about important matters with a fun, energetic cast and matching plot. I smiled within the first 3 pages and closed it with an even bigger one. I highly recommend you read this if you want to find a piece of yourself and see how it should make you happy to show it.

*observational guesstimate, though I'm positive I'm not far off from fact. 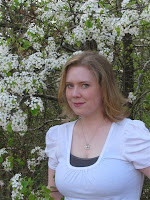 Win an eBook of The Summer I Became A Nerd
Three winners! INTERNATIONAL!
a Rafflecopter giveaway
Posted by Ashley @ Ashley Loves Books at 12:00 AM