Soooo I'm actually tweaking WoW this week so I can publicly congratulation someone...


My fantastic friend Stephanie Diaz sold her book to St. Martin's Press!
A trilogy!! You guys, I am so beyond excited for her, I can't even tell you. Read the PM release below:
If you can't read it, it says:
Nineteen-year-old film student Stephanie Diaz's debut EXTRACTION trilogy, about a girl who wins escape from a life of brutality on her planet's surface only to face the cruel realization that her new life within the core has its own set of horrors, pitched as Divergent meets Ender's Game, to Kathy Huck at St. Martin's, at auction, in a three-book-deal, by Alison Fargis at Stonesong. (world)

How effing AWESOME does her book sound?! I can't wait to read (though the tentative pub date is Spring 2014 - how are we to wait until then?!) and am so thrilled for her. I'm excited to see Stephanie go through the publishing journey - she will be fabulous as an author, and I know everyone will love her.

Her blog is here (with an awesome celebratory giveaway going on right now!), and brand spankin' new author site is here - and if you'd like, leave a comment to congratulate her or hop on over to Twitter to send her a tweet and follow! Also, make sure you add Extraction on Goodreads! (GR has a lengthier summary too.)


So this Wednesday, I'm waiting - allllllll the way until the projected Spring 2014 - on Extraction, Stephanie's debut novel!
Congratulations, Steph! 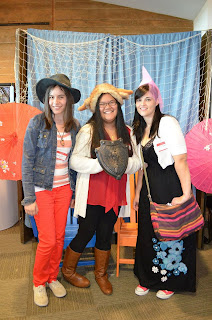 Stephanie, myself & Amy Tintera at the recent #YAintheSun event!
(Amy's debut, Reboot, will be out in May 2013 from HarperTeen! So many talented people in my life.)
Posted by Ashley @ Ashley Loves Books at 12:19 AM