Top Ten Characters I'd Switch Places With For 24 Hours

Top Ten Tuesday is hosted by The Broke and the Bookish

Top Ten Characters
I'd Switch Places With For 24 Hours
I'm going to work off the idea that I could choose the 24 hours I switch with them. Because if I had no control over the day I'm one of these characters...well, I'd probably change it a bit haha.

(Also, I did something similar to this a couple months ago for a freebie week: Top Ten Things From Books I Want To Do. Some of the following are repeats.) 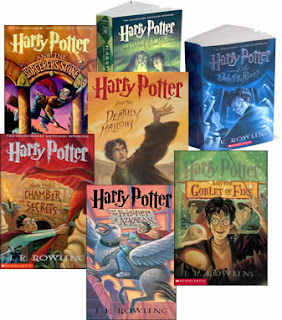 Fred or George Weasley from the Harry Potter series by JK Rowling
During a Quidditch match, because you can't tell me being a Beater wouldn't be awesome.

Shay from the Uglies series by Scott Westerfeld
So I could hoverboard. (Full credit for the reminder of this to Steph and her comment on my old TTT)

Lennie from the Sky is Everywhere by Jandy Nelson
As long as the 24 hours were spent in the field bedroom with Joe playing the sax.

Aria from Under the Never Sky by Veronica Rossi
Exploring a realm with Peregrine.

Church the Cat from The Infernal Devices series by Cassandra Clare
I want to explore all the hidden nooks and crannies of the Institute!
(Clockwork Angel + Clockwork Prince reviews)

Puck Connelly from The Scorpio Races by Maggie Stiefvater
Riding the island with Sean Kendrick.

Catherine Howard from Gilt by Katherine Longshore
AS LONG as it includes 1) a royal ball, and 2) not a day in the prison. All that finery, gowns and jewels!

Celeana from Throne of Glass by Sarah J. Maas
Because then I'd be KICK. ASS.

Lola from Lola and the Boy Next Door by Stephanie Perkins
Working on the Marie Antoinette costume with Cricket by my side.

Hannah from Bunheads by Sophie Flack
Performance day. Dancing all day, with grace and fluidity. Heaven.

Magnus Bane from Cassie Clare's The Mortal Instruments and The Infernal Devices
That much power and magic?! I'd love to explore that in 24 hours. Plus, I'd look like this and spend at least 12 of those hours staring at a mirror:

Who would you switch places with?
Leave your link in the comments and I'll hop by!
Posted by Ashley @ Ashley Loves Books at 10:00 PM